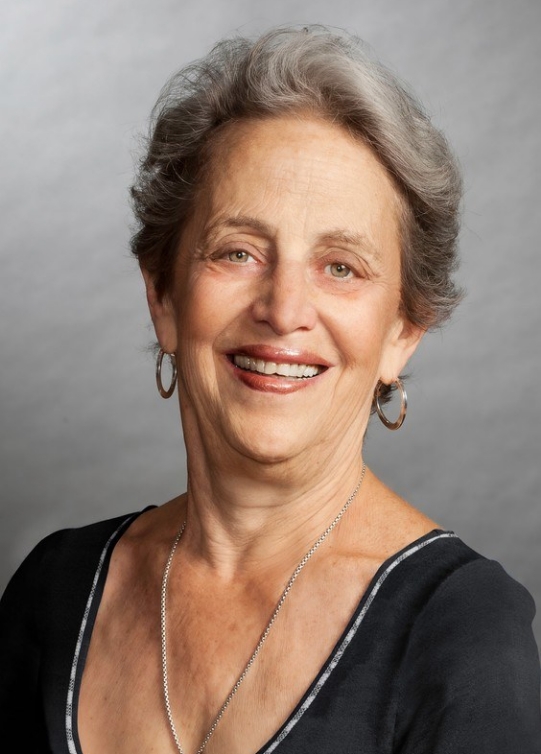 Janice Gross Stein is the Belzberg Professor of Conflict Management in the Department of Political Science and the Founding Director of the Munk School of Global Affairs and Public Policy at the University of Toronto. She is a Fellow of the Royal Society of Canada and an Honorary Foreign Member of the American Academy of Arts and Sciences.

She was the Massey Lecturer in 2001 and a Trudeau Fellow. She was awarded the Molson Prize by the Canada Council for an outstanding contribution by a social scientist to public debate. She has received an Honorary Doctorate of Laws from four universities and is a member of the Order of Canada and the Order of Ontario. 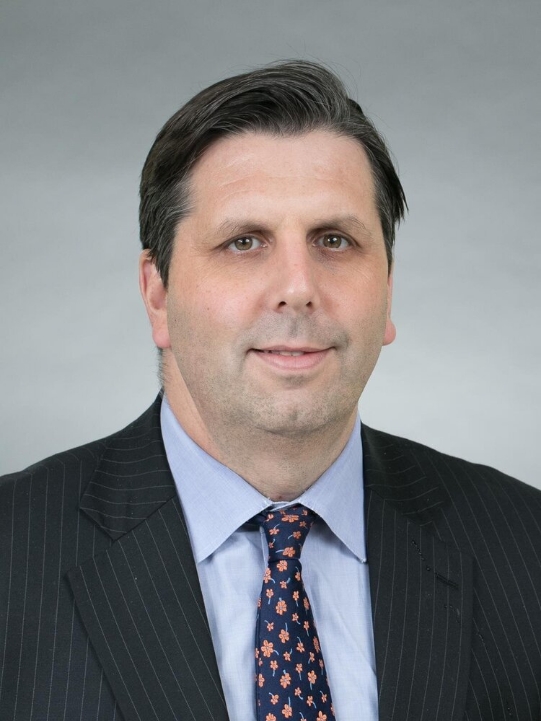 The Honorable Mark William Lippert has a distinguished career that includes service in the United States government, uniformed military, and private sector. In May of 2020, he was appointed Head of Government Affairs and Public Policy for YouTube in Asia-Pacific and prior to that he worked as Vice President at Boeing International. From 2014-2017, he served as the United States ambassador extraordinary and plenipotentiary to the Republic of Korea, based in Seoul. He previously held other U.S. government positions in the Department of Defense, including as chief of staff to Secretary of Defense Chuck Hagel (2013-2014) and as assistant secretary of defense for Asian and Pacific Security Affairs (2012-2013), the top official in the Pentagon for all Asia issues. Lippert worked in the White House as chief of staff to the National Security Council in 2009. Lippert’s service also includes deployments to Iraq, Afghanistan and other overseas locations as a Navy intelligence officer supporting Naval Special Warfare (SEAL teams).

Earlier in his career, Lippert was a staff member in the United States Senate where he worked for range of Members and Committees on foreign policy issues. He graduated Phi Beta Kappa from Stanford University with a B.A. in political science and holds an M.A. in international policy studies from the same institution. He also studied at Beijing University. His awards and decorations include the Bronze Star Medal for service in Iraq, the Defense Meritorious Service Medal and the Basic Parachutist Badge. He is also the recipient of the Department of Defense’s Distinguished Public Service Award and the Department of the Navy’s Distinguished Public Service Award. He sits on the Board of Trustees of The Asia Foundation and the Board of Directors of the Korea Society. Lippert is married to Robyn E. Lippert who serves as a senior vice president at UnitedHealth Group and has two children, Sejun and Saehee. They live in with their basset hound, Grigsby. 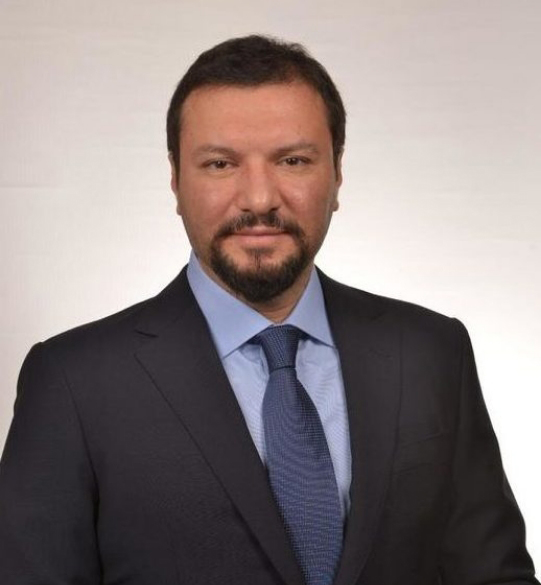 Ahmet TaçyildizTreasurer of the Board

Ahmet Taçyildiz is Treasurer of the Board at Halifax International Security Forum. Ahmet has been the founding chairman of Ant Holding and the chairman of GAP Insaat, a global construction company. As an accomplished businessman, entrepreneur and investor, Ahmet has been executing on global strategic opportunities for the holding companies and multiple start-up ventures and NGOs he is leading

Ahmet has been an active member of various Committees and Councils in the past years including the Turkish American Businessmen Association (TABA- AmCham) as the Vice President, the Foreign Economic Relations Board (DEİK) of Turkey and Turkish Industry and Business Association (TUSIAD). Ahmet holds BA in Business Administration. 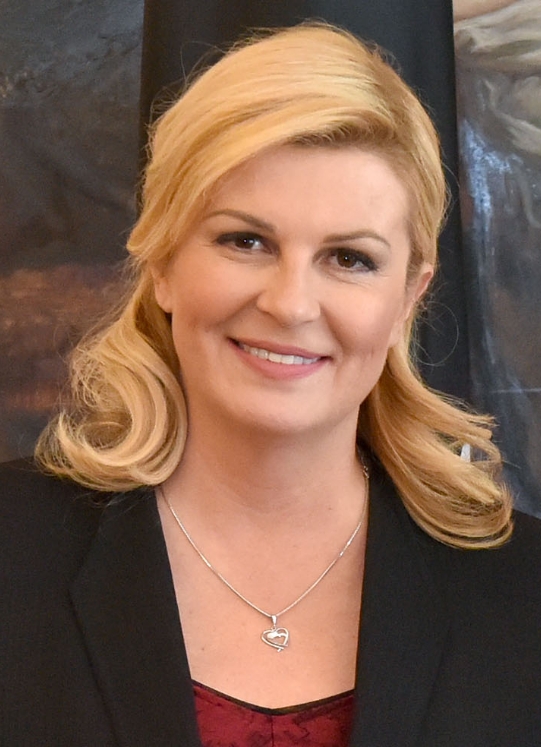 Kolinda Grabar-Kitarović is the fourth President of the Republic of Croatia (2015-2020), with decades of service and practical experience as a leader, manager, policymaker, ambassador, diplomat, policy advisor, scholar of international relations and security policy, and a member of advisory boards of think tanks and other institutions. She began her professional career in 1992 at the Croatian Ministry of Science and Technology, and in 1993 transferred to the Ministry of Foreign Affairs, where she moved up through the ranks of Croatia’s foreign service as a career diplomat. In 1997 she was posted as Counsellor and subsequently as Minister Counsellor at the Croatian Embassy in Canada. In 2003 she ran in the general election and was elected Member of the Croatian Parliament. In December 2003 she was appointed Croatia’s Minister of European Integration, and in February 2005 Minister of Foreign Affairs and European Integration.

Following the end of her term in office in 2008 she was appointed Ambassador of Croatia to the United States of America, co-accredited to Mexico, Panama and the Organization of American States. In 2011, based on a NATO-wide competition, she was appointed the first female NATO Assistant Secretary General and member of NATO Senior Leadership ever, in charge of Public Diplomacy. From 2015 to 2020 she served as the first female President of the Republic of Croatia. She was an active member and Chair of the Council of Women World Leaders (CWWL). In 2020 she was elected an independent Member of the International Olympic Committee. She is a recipient of numerous awards, decorations and recognitions, among which is the 2019 Fulbright Lifetime Achievement award for her “remarkable contributions as a leader, diplomat, and public servant,” and the George Washington University President’s Medal. She was awarded honorary doctorates from several universities worldwide. 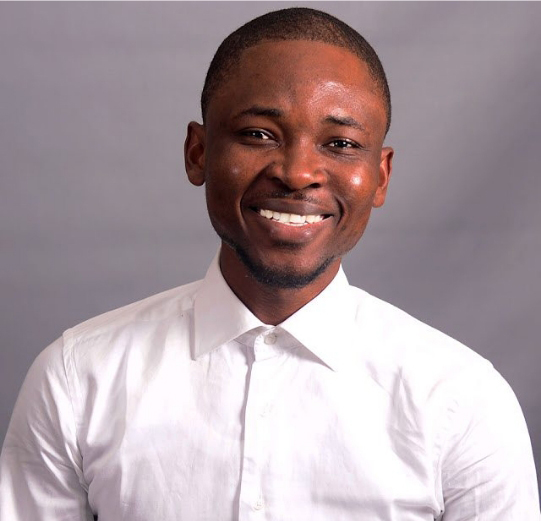 Joshua J. Omojuwa is the founder at The Alpha Reach. He is the author of Digital; the New Code of Wealth. Omojuwa is on the board of several organisations, including the Convention on Business Integrity (CBi), and the Kashim Ibrahim Fellowship, Nigeria’s foremost fellowship programme. He is a renowned International speaker, and has addressed audiences all over the world, often leading conversations on challenges and opportunities in Africa, New Media, democracy and governance.

He was a guest lecturer at the Free University in Berlin. He has been featured on local and international media platforms. He is an alumnus of University College, London (UCL) having studied Behaviour Change there. 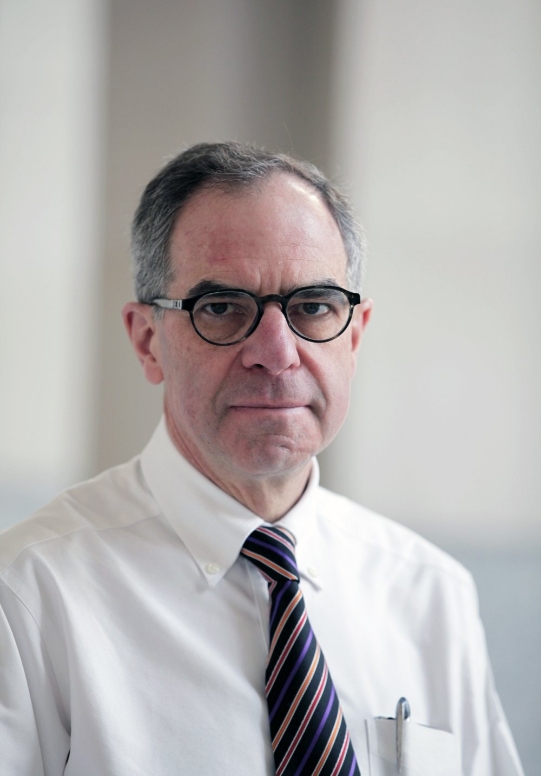 Dr. Luis Rubio is chairman of the Mexican Council on Foreign Relations. Winner of the APRA book award 1985, in 1993 he was given the Dag Hammarskjöld award and in 1998 the National Journalism Award for op-ed pieces. He is a contributing editor of Reforma and his analyses and opinions often appear in major newspapers and journals in Mexico, the US and Europe. He is chairman of CIDAC (Center of Research for Development), an independent research institution devoted to the study of economic and political policy issues. He is a prolific writer on political, economic and international subjects.

He served on the board of directors of The Human Rights Commission of the Federal District and is a member of the Trilateral Commission. He serves on the boards of two families of investment funds and Coca Cola FEMSA. He is author and editor of fifty books, including Unmasked: Lopez Obrador and The End of Make-Believe, A World of Opportunities, and NAFTA at Twenty: a political and strategic perspective. In the 1970’s he was planning director of Citibank in Mexico and served as an adviser to Mexico’s Secretary of the Treasury. He holds a diploma in Financial Management, a MMBA, and his MA and PhD in political science are from Brandeis

Halifax The Forum 3 days ago

“Anything is on the table,” States deputy Prime Minister @cafreeland when asked about sending tanks to Ukraine globalnews.ca/news/9433201/u…

Halifax The Forum 4 days ago

Coupled with the announcement by @AnitaAnandMP to greatly expand NORAD, @FP_Champagne and the @csa_asc will be key players in promoting and expanding Canadian space exploration. spacenews.com/op-ed-how-cana…

Halifax The Forum 4 days ago

“Send Ukraine tanks to get Germany to do so” #HFX2022 speaker @RepMcCaul has been steadfast in his support for Ukraine. See what he had to say below. politico.com/news/2023/01/2…