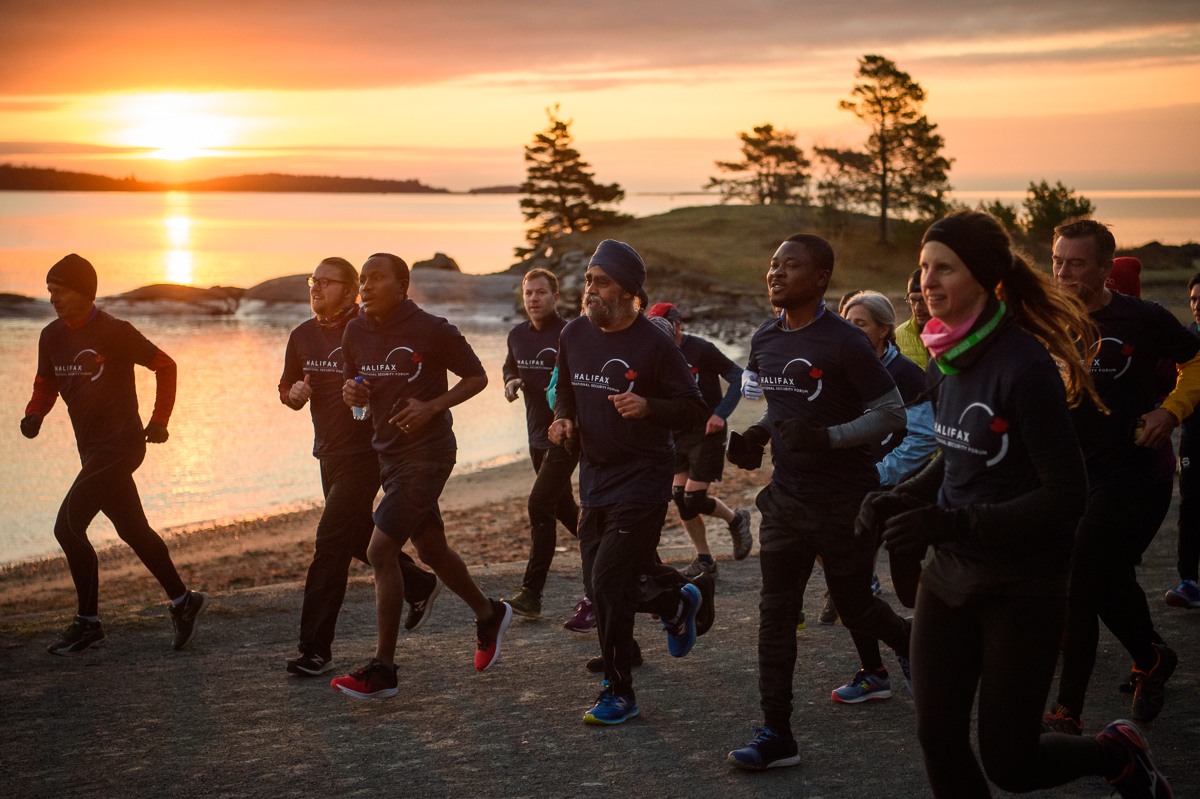 Welcome On the record

Opening Remarks On the record

2019 is a year of anniversaries. One hundred years ago, the Treaty of Versailles was signed and the ‘War to end all Wars’ was over. In reality, the seeds were planted for a conflict far worse. Seventy-five years ago, the Second World War would take young Canadian men from their homeland to fight and die on the beaches of Normandy – alongside British and American allies. And thirty years ago, the Berlin Wall fell, ending the Cold War and ushering in a new era of peace and democracy. But democracy is in peril and large belligerent states, like Russia and China, seek to disrupt the international rules based order. At every turn, we think the job is done. But it isn’t.

Halifax International Security Forum President Peter Van Praagh opened this year’s Forum, noting this weekend will provide an opportunity for all to reassess the global situation in 2019. Are we able to work together to restore and spread democracy? Are our global institutions still up to the task? Are we? The dialogue continues in Halifax.

Canada is not immune from a rapidly changing world in which internal conflicts, climate change, and technological threats, are the new norm. All the while, some of our allies undermine alliances, treaties and the international rules-based system. This was the backdrop to Canadian Defence Minister Harjit Sajjan’s remarks about the new and grave challenges to Canada and the world at the start of the 2019 Halifax International Security Forum. Threats to the Canadian way of life cannot be met head-on solely by the military. The private sector, think-tanks and citizens all have a role to play in defending the values we hold dear. Sajjan emphasized Canada’s commitment to multilateralism and noted his willingness to work with the country’s friends and allies – many represented at the Forum this weekend – for the security of Canada and the world.

Plenary 1: Revolutions of Our Time: Freedom Without US On the record 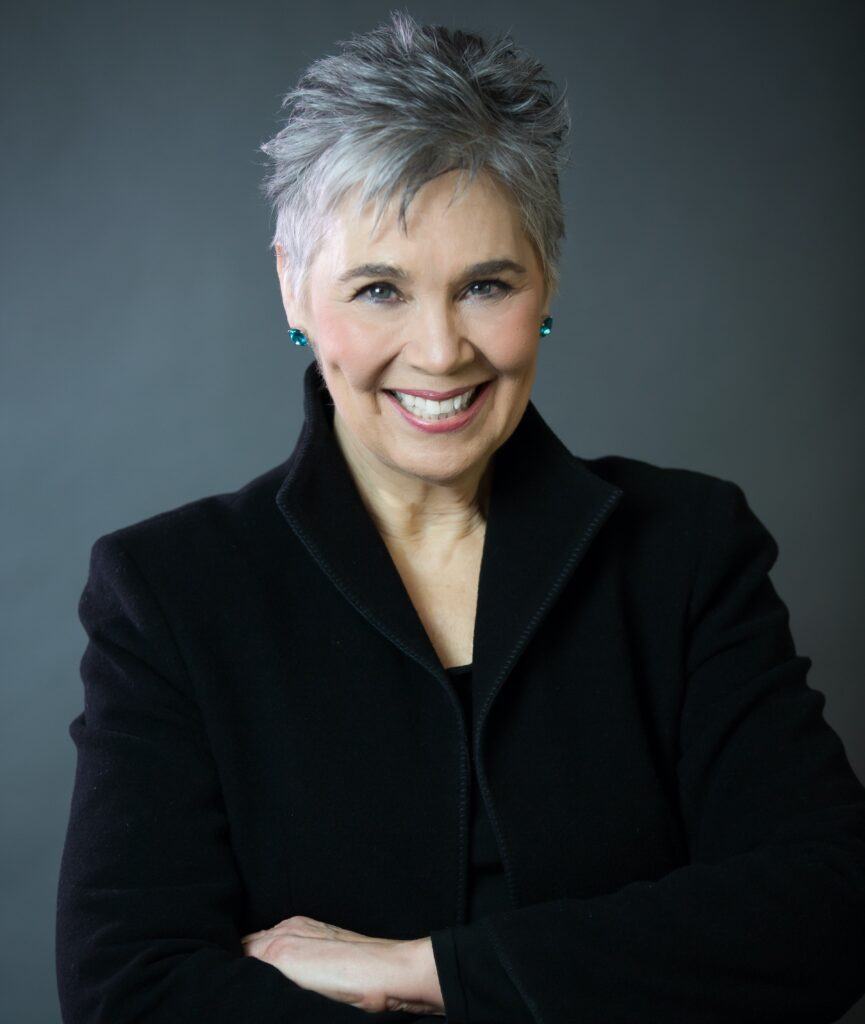 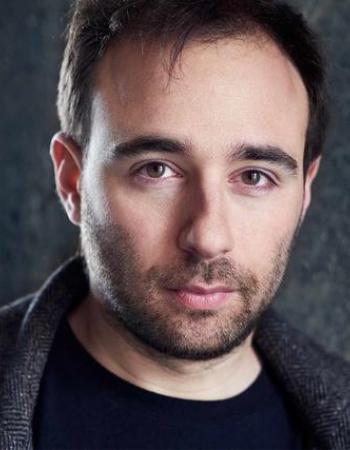 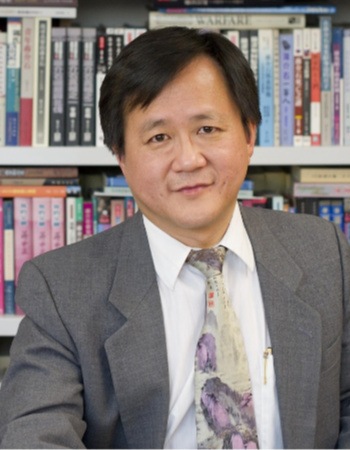 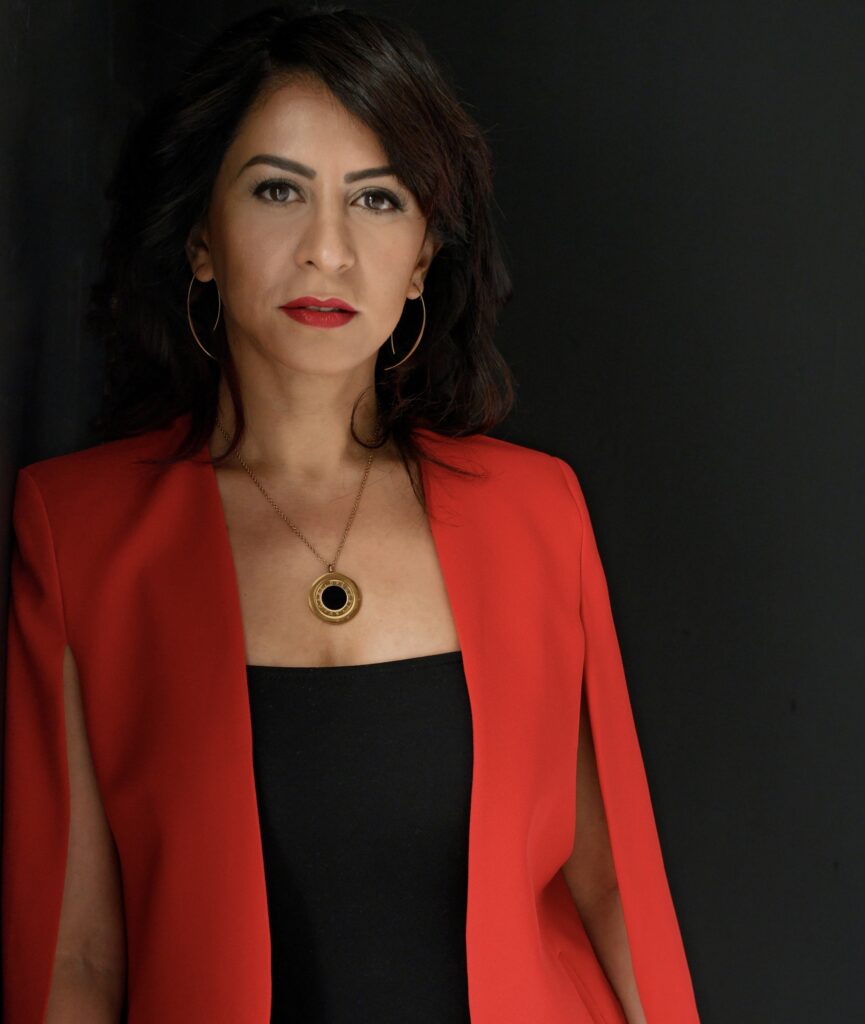 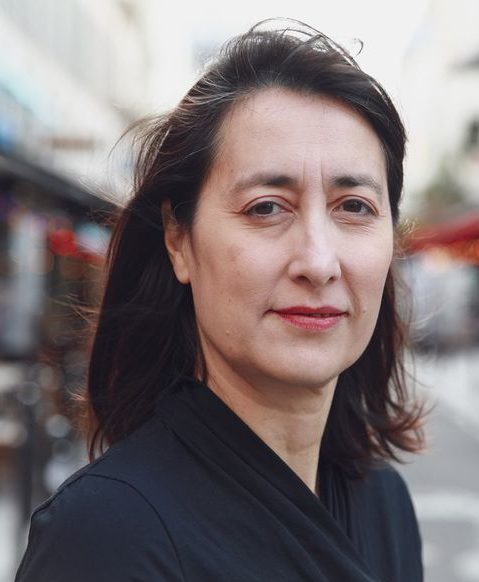 All around the world, democracy is retreating as authoritarian regimes gain ground. From Hong Kong to Venezuela, from Chile to Lebanon, protesters are not willing to let freedom and democracy go without a fight. The first plenary session of the 2019 Halifax International Security Forum began by asking: what role should the United States, and the broader international community, play as this crisis of democracy unfolds?

Isadora Zubilaga believes the international community has an indispensable role to play. The breakdown of democracy in one country can spread beyond its borders. But rocking the boat can have undesired outcomes. How long can emerging dictatorships sustain their legitimacy? Yascha Mounk asserts it’s up to citizens who have the courage to raise their voices. And with protests in Hong Kong raging, leaders of the world continue to scratch their heads on whether to take a stand or watch from the sidelines.

“You are not powerful by the status of your economy and army. You’re only as powerful as your ability to use that power”

Plenary 2: Values Trade: Our Way or the Huawei On the record 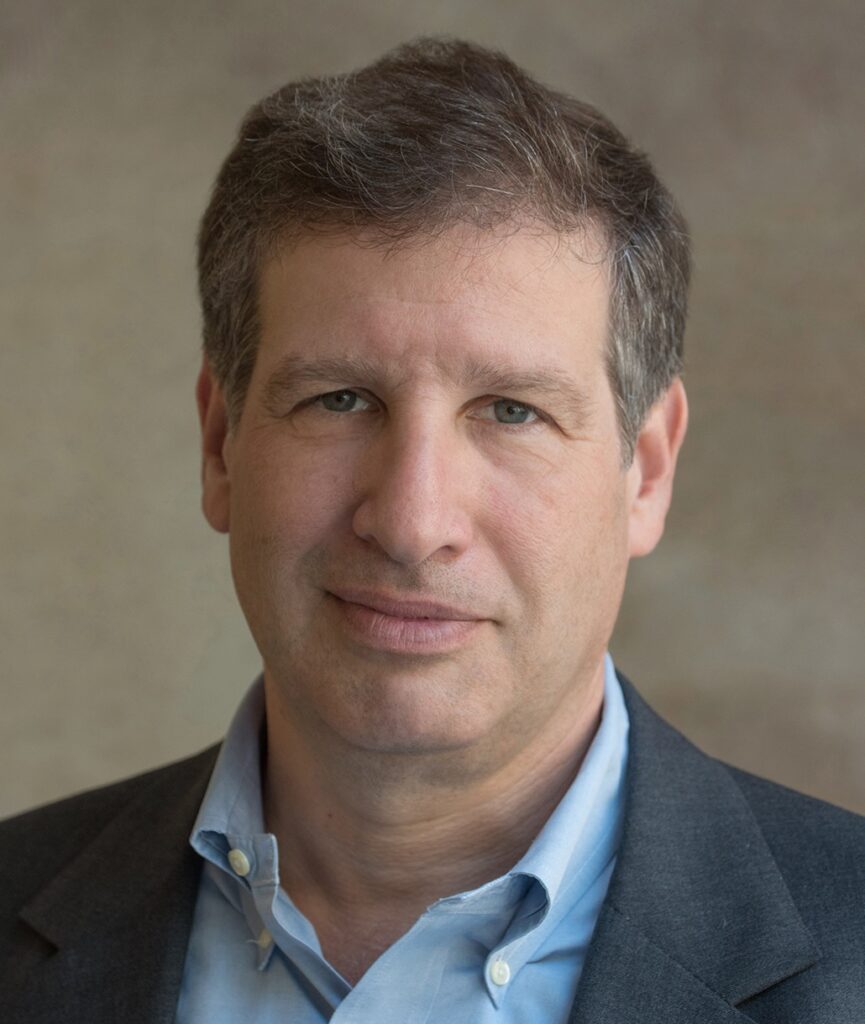 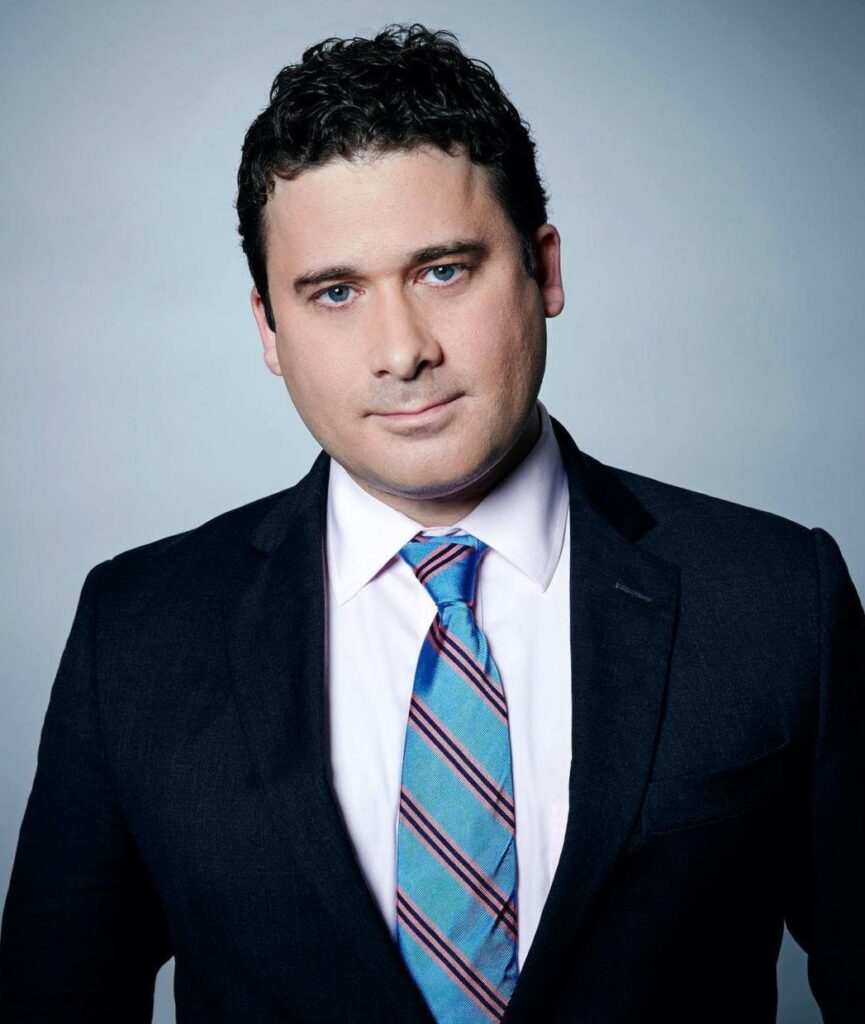 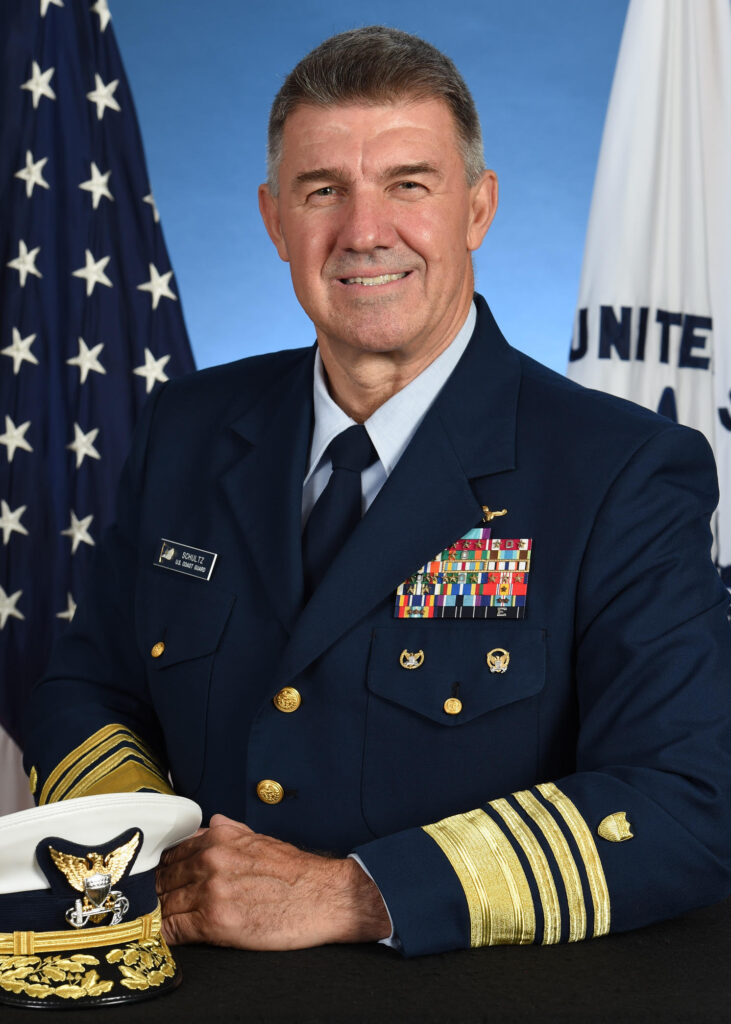 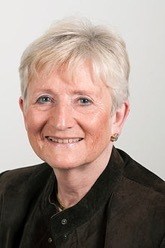 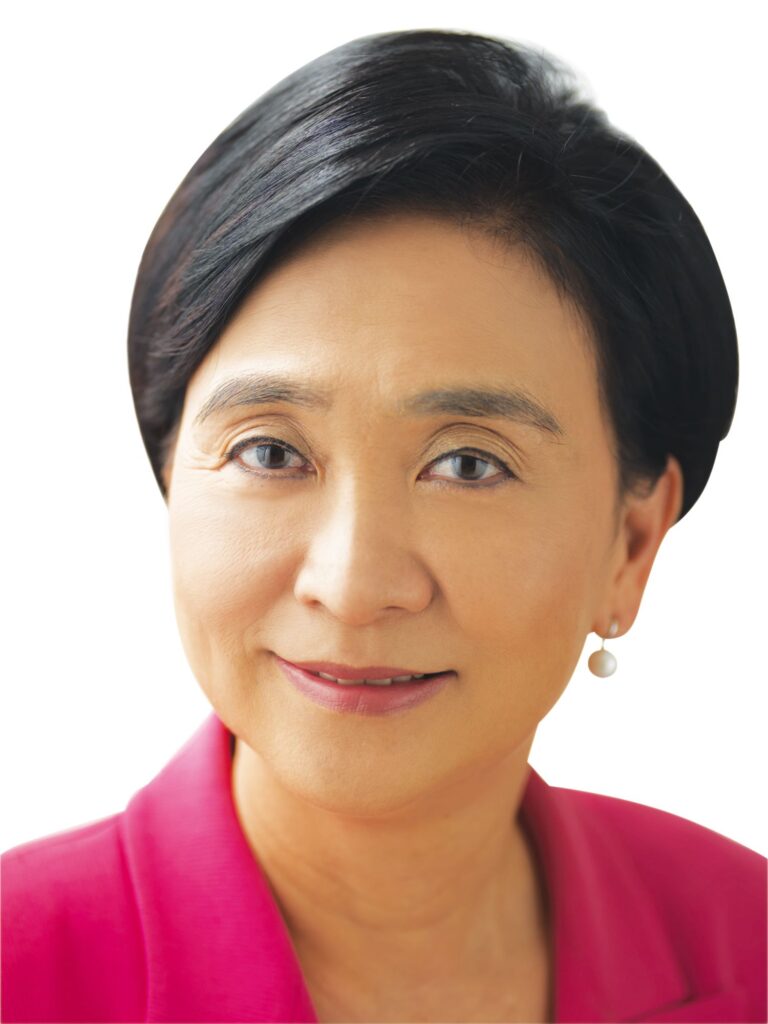 Almost thirty years after the collapse of the Soviet Union, the world is in the midst of a new Cold War. But unlike the Soviet challenge, China threatens the west in more than just the ideological sense. It rivals the political and economic influence that we have spent decades building across the globe. As China continuously challenges the West on numerous frontiers, is the world watching?

All people of the world aspire to liberal democracy, right? What’s better than people choosing who will lead them? Unfortunately, many democracies’ reach exceed their grasp when it comes to facing global challenges and threats. How can a democracy begin to think strategically when every four years, the main players and plans could change? China, with it’s one party, one leader, and tight grip on the diplomatic, information, military, and economic levers is not only strengthening itself, but subverting democracies of the world. From cheap goods, 5G technology, to Huawei phones, it’s time we turn off silent mode and listen to the alerts.

“People have to recognize that China will have greater arctic strength than the US. We need to be cognizant of that”

“We are not going to die in Hong Kong my friends, and I hope that you won’t let us die”

“From the Chinese side, it’s all one strategy. We have to start thinking in those terms to formulate ours”

“There are people who would give up their freedoms for a different standard of living. In my opinion, if they do that, they’ll end up with neither” 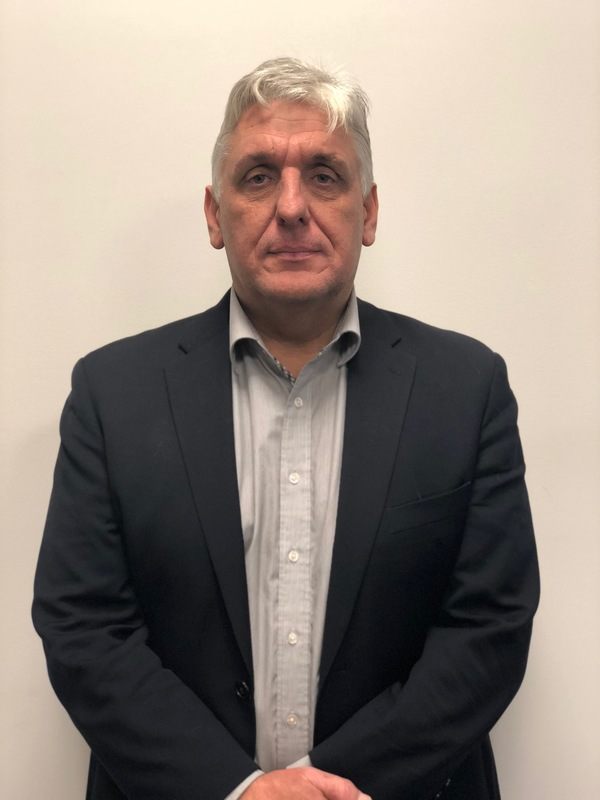 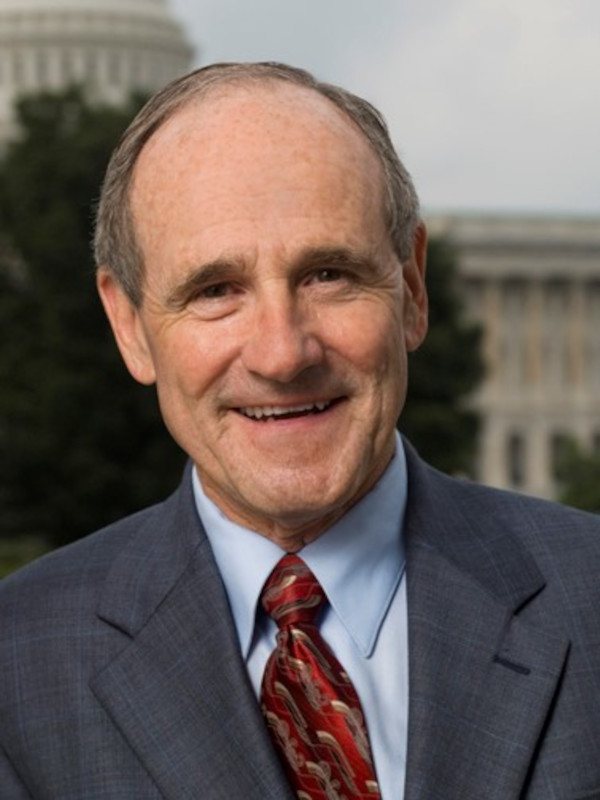 This year’s first Halifax Chat kicked off with a question: Can China continue to play dirty games with western businesses and get away with it? Moderator Robin Shepherd and U.S. Senator Jim Risch explored this question in depth. They agreed that the international community must be more forceful in insisting that China follow established rules and abide by global trade norms. This is particularly crucial in regard to intellectual property, which China correctly sees as the currency in the 21st century. When the world does not give it what it wants, China has shown that it is more than willing to take it. When will the world say that enough is enough?

From Hanoi to Halifax, everyone is worried about China
Josh Rogin

This weekend, the Halifax International Security Forum will convene in Canada to kick off a new effort to fill that gap. Trump’s new national security adviser, Robert O’Brien, will be in attendance. Halifax Forum President Peter Van Praagh told me the effort will focus on how democracies can come together to confront a rising authoritarian China.

It’s often the unscripted moments at the Halifax International Security Forum that support the spread of democratic values, according to Robin Shepherd. The vice president of the annual gathering recalls one such instant during a November 2016 session with the late U.S. senator John McCain, as the Republican issued a growling warning to then president-elect Donald Trump.

Revolutions of our time: Freedom without US leadership
Nancy Lindborg

A number of recent reports paint a grim picture for the future of global democracy. According to democracy and human-rights watchdog Freedom House, 2018 marked the 13th consecutive year of decline in global freedom.

The annual Halifax International Security Forum runs from Friday to Sunday of this week. To mark the occasion, the National Post is presenting a series of essays written by conference participants. Today, Thomas S. Axworthy explains how Canada’s Arctic neighbours are outpacing our own northern efforts.

How Western democracies deal with the conundrum that is China is expected to be a major focus of the annual Halifax International Security Forum, which convenes for the eleventh time this weekend in the Nova Scotia capital.

The Halifax International Security Forum begins its three-day annual conference on Friday with some high-profile guests in attendance. Re-appointed Liberal Defence Minister Harjit Sajjan is the official host of the 11th annual event, which is expecting participants from more than 80 democratic countries. Former Ukraine president Petro Poroshenko will speak on Sunday. Richard Spencer, secretary of the U.S. navy, will also be at the gathering, as will Republican Sen. Jim Risch of Idaho, the chairman of the U.S. Senate’s foreign relations committee. 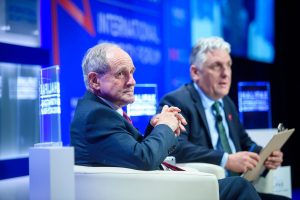 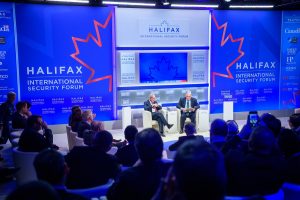 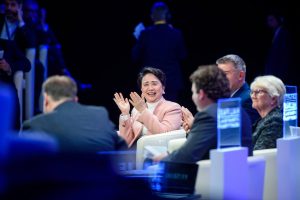 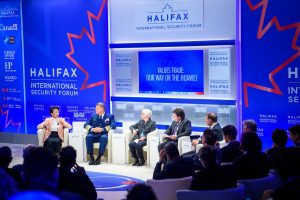 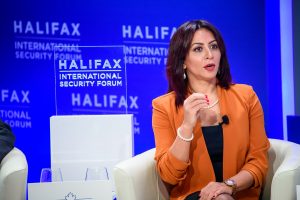 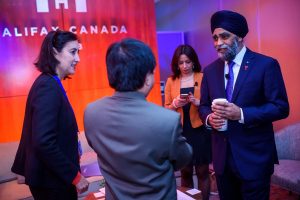 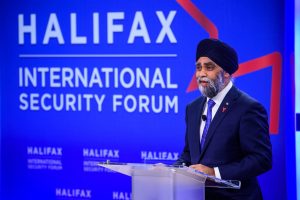 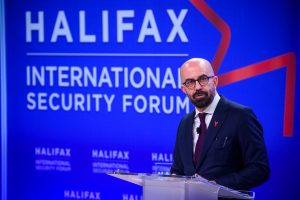 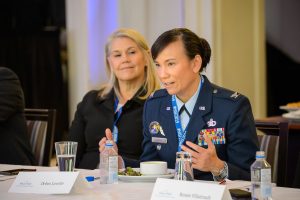 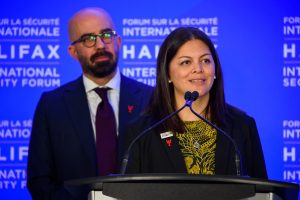 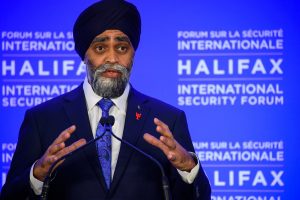 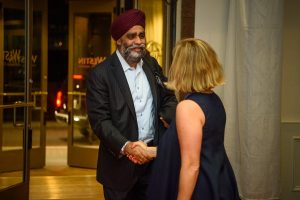